D. Gale Johnson served as the third Provost of the University of Chicago. He was born in the rural town of Vinton, Iowa.  Johnson became interested in economics after writing a letter and receiving a reply from Theodore Schultz, then a professor at Iowa State College (now University).  Johnson went on to study at Iowa State with Professor Schultz eventually following him to the University of Chicago in 1944.

Not only was he an award-winning educator to University students (he received the Llewellyn John and Harriet Manchester Quantrell Award for Excellence in Undergraduate Teaching in 2000).  Johnson was greeted as a teacher wherever his research allowed him to travel. He published over 300 books, chapters, and articles throughout his academic career. He was appointed Provost in 1975 after serving in countless leadership roles at the University including Dean of the Social Sciences Division and two terms as Chairman of the Department of Economics as well as having been named the Eliakim Hastings Moore Distinguished Service Professor. 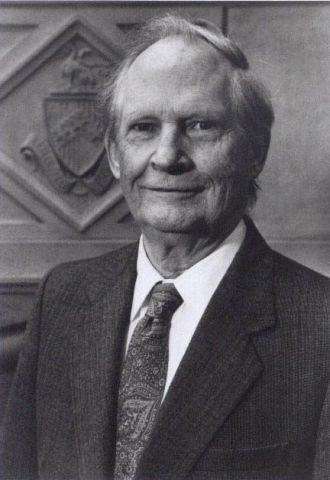