In 1992, Stanford University recruited Casper to become their ninth President. He served in this capacity until 2000 when he stepped down. Casper is currently a Senior Fellow at the Freeman Spogli Institute for International Studies at Stanford University, serves as the chairman of the Board of the Terra Foundation for American Art, and he is a member of international advisory councils at the Israel Democracy Institute (Chairman since 2014), the European University at St. Petersburg, and Koç University, Istanbul. Among his many honors, Casper received the American Law Institute’s Distinguished Service Award in 2014 and has been elected to the American Law Institute, the American Academy of Arts and Sciences, the International Academy of Comparative Law, the Order Pour le Mérite for the Sciences and Arts, and the American Philosophical Society. 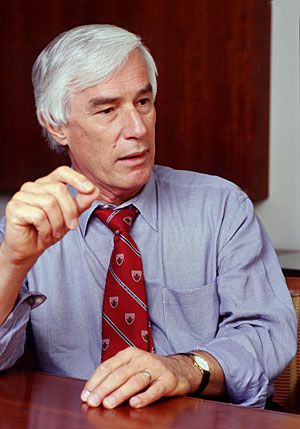